Outbreak at a glance
During the period 12 January to 15 March 2022, a total of 53 suspected yellow fever cases, including six deaths, have been reported from Isiolo county, central Kenya. Two samples tested positive by RT-PCR and six were positive by ELISA, indicating probable yellow fever cases. The last reported yellow fever outbreak in Kenya was in 2011. WHO assesses the public health risk as high at the national and regional levels.
Outbreak overview
On 4 March 2022, the Ministry of Health (MoH) of Kenya declared an outbreak of yellow fever in the county of Isiolo in central Kenya (around 270 km north of the capital Nairobi). As of 15 March, a total of 53 suspected yellow fever cases have been reported from Isiolo county during the period 12 January to 15 March 2022, including six deaths (case fatality ratio: 11.3%) (Figure 1). The majority of the cases are males (47 cases; 88.7%), and the average age of cases is approximately 28 years (range: 3-78 years).
Figure 1. Epidemiological curve of yellow fever cases by date of symptoms onset and outcome, Isiolo county, Kenya, 1 January – 15 March 2022 (n=53). 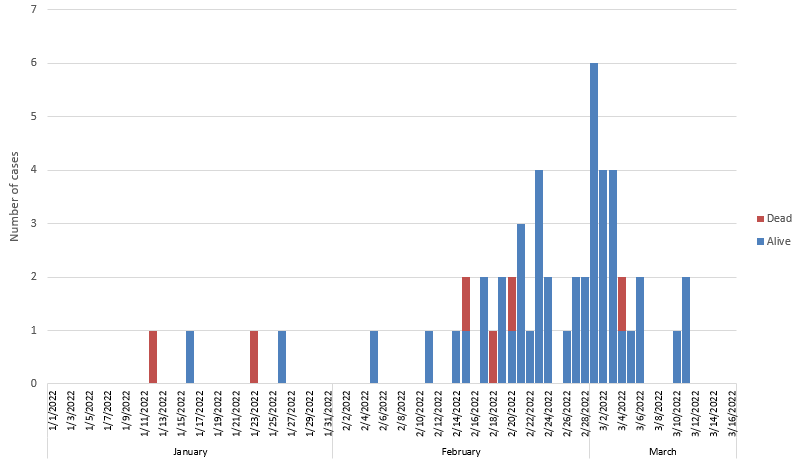 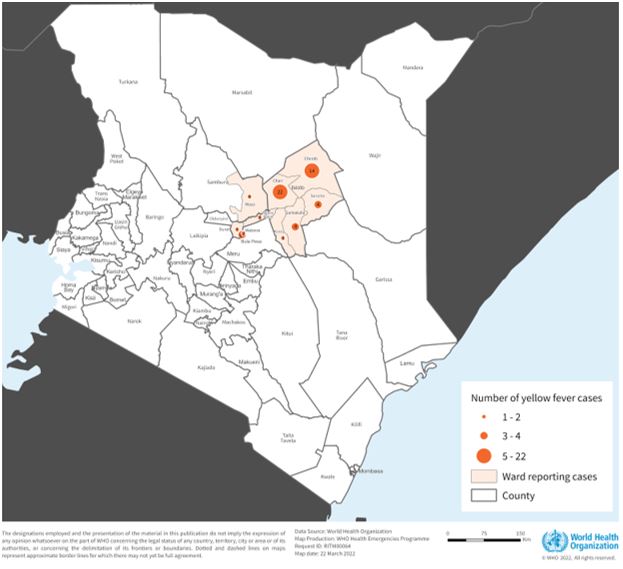